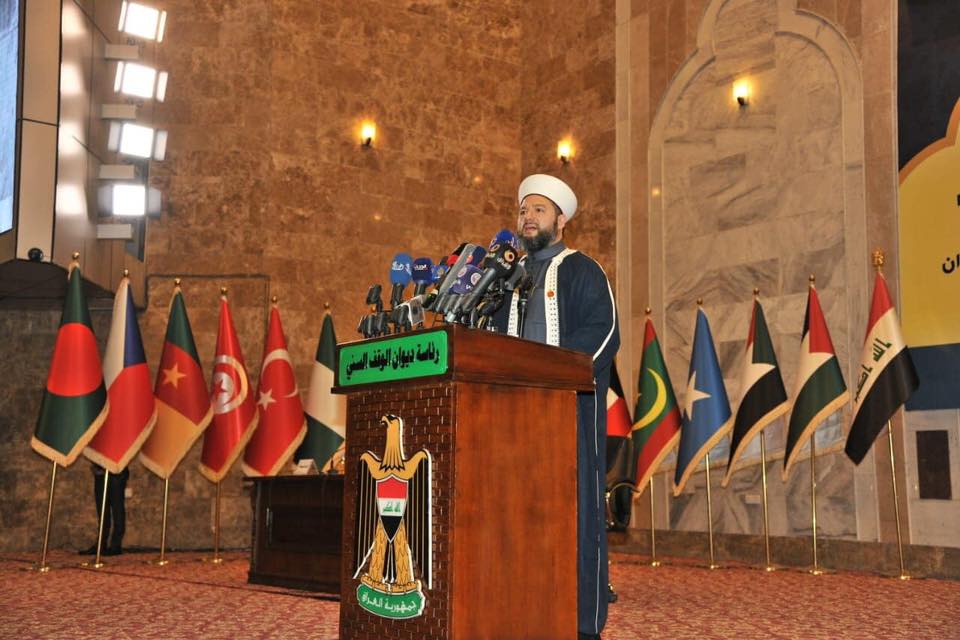 After we farewell the month of repentance, let us all remain steadfast on repentance, and after we farewell the month of good deeds, let us also remain steadfast on performing acts of obedience. The proper and complete repentance is one which Allah the Exalted loves and accepts. It is the repentance where you repent from all the past committed sins, regret having done them and to have the determination in one’s heart not to return to them

Dear Muslim brothers, it could be hours, minutes, or even less before one departs this life. Don’t you think it is wise for one to refrain from committing sins and to fulfil the obligations, since life and its pleasures are surely coming to an end.

How happy and joyful the believers will be on the Day of Judgment because of what they had done in Ramadan. How great is it to obey your Lord, Allah, consistently, to withhold from saying what Allah forbade, and to attend the circles of knowledge. Prophet Muhammad said what means:
(The believer should always be competent in acquiring the knowledge of the religion for this will surely lead to Paradise).

Dear brothers, time often passes by while we are preoccupied with the pleasures of this world, and it is only when we realise our forgetfulness that we seek the path of repentance to Allah, the Almighty. The gateway to repentance is open as long as the soul has not reached the throat, or the sun has not risen from the west or the person has not seen the Angel of Death (Malak Al-Mawt) `Azra’il peace be upon him. Bliss awaits those who have repented to Allah properly.

Dear brothers, although our joy with Eid Al-Fitr is great, on the Day of Judgment, unlike the losers, the righteous Muslim will be met with a greater joy for finding in their journal of deeds, what makes them so happy.
Such a Muslim will be with the Believers in Heaven drinking from the fruit nectars of Paradise, eating from its food and meeting the Master of mankind, Prophet Muhammad peace be upon him.

I also remind you, dear brothers, to fast six days of the month of Shawwal in accordance with the Hadith, where the Prophet peace be upon him said “whoever fasts the month of Ramadan and follows it with fasting six days of Shawwal, would be almost similar to fasting a full year”. It is not a condition for these six days to be in succession. Hence, the six days can be spread throughout the whole month of Shawwal.

In the end, I would like to extend my greetings on this joyous occasion. But even on this festive occasion, we have to remember those less privileged, including those impacted by poverty, hunger, conflict, and disease. Throughout the month, Muslim communities collect and distribute sadaqat, so that all Muslims are able to participate in this day of celebration.

On behalf of Darulfatwa Islamic High Council Australia, I congratulate Muslims in Australia and around the world on this blessed day.

The Lights of Faith in the Month of Goodness Ramadan