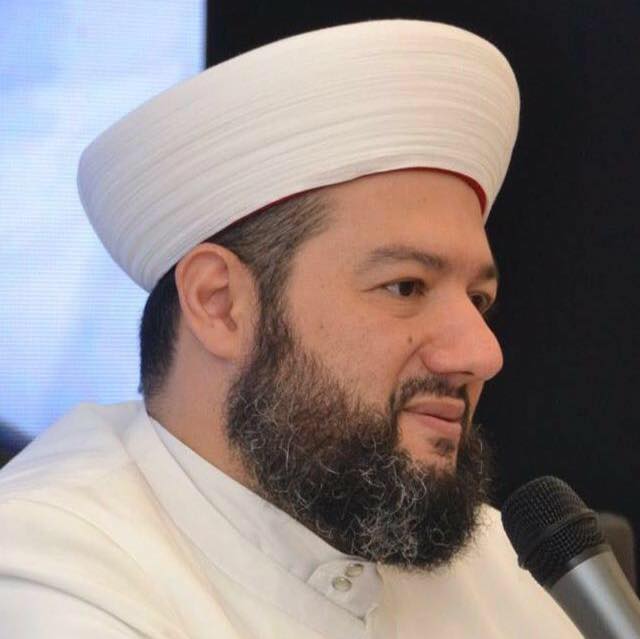 In the name of Allah the Merciful

Praise be to Allah the Lord of the worlds and may Allah raise the rank of the Messenger of Allah, his brethren Prophets and Messengers, his Al and companions. Thereafter; Allah the Exalted said:

Surat Ad-Duha, Ayah 11 means:
{And proclaim the bounty of your Lord}.

The following is a humble compilation of the biography of His Eminence Dr. Sheikh Salim ^Alwan al-Husayniy

– He was born in Lebanon, Beirut in 1968, from an honorable family with a lineage to our Master Muhammad ﷺ through our master Al-Hussayn the son of ^Aliy, may Allah reward him greatly.

– He obtained the national Lebanese Secondary Education Certificate in 1987.

– He obtained the Secondary School Certificate in Religious Jurisprudence from Aleppo, Syria in 1992.

– He obtained a Bachelorette in Humanities with distinctions in religious studies, in the faculty of the Essentials of the Religion-Sciences of Hadith, at the Global University, Lebanon in 1995.

– He obtained a Graduate Diploma in Religious Jurisprudence with Distinctions, from the Islamic University of Ukraine in 1996.

– He obtained his Master’s degree with distinctions in Islamic Studies from the faculty of Essentials of the Religion-Sciences of Hadith at the Global University, Lebanon in 2004-2005.

– He obtained a Doctorate (Ph.D.) with High Distinctions, in Islamic Studies-Science of Qur’an and Human Civilization, from the Dept of Humanities and Social Sciences at Mawlaya Isma^il University, Morocco in 2010-2011.

– He obtained a Doctorate (Ph.D.) with High Distinctions in the Science of Shari^ah Law at Islamic University, Ukraine in 2012.

– He has attained the level of Professor, Doctor of Philosophy from the Islamic University in Kaif Ukraine in 2016.

– He is the Head of the Global Committee of Azhar Ash-Sharif Graduates in Australia.

– He is a councilor and member of the Global Genealogy Council of Trustees for the registration and certification of ancestry.

– He is a member of the Ash-Ashraf Association in Lebanon.

– He is a member of the Executive Board of the World Muslim Communities Council. Headquarters in Abu Dhabi

– He is a member in the League of Arab Historians.

– He has obtained recognized authority in the Quranic science and explanation; Hadith; Islamic jurisprudence, Prophetic biography, and in the Arabic linguistics, as well as a recognized authority in the reputable Sufiy traditions- to the level of Khalifa in the countries of Saudi Arabia; the Levant; Egypt; the United Arab Emirates; Turkey; Morocco; Tunis; Yemen; Ethiopia; Africa; Indonesia; Malaysia; Brunei; Singapore; Pakistan, India, and others.

– He authored, edited, contributed to, and critiqued several printed and handwritten published texts, treatises, and fatwas.

– He has authored many academic articles and conducted many academic interviews published in various media outlets including magazines; newspapers; Arabic and non-Arabic free-to-air and satellite television channels in the Levant; Egypt; Indonesia; Malaysia, Australia, and others.

– Presently, he occupies the position of Chairman of Darulfatwa-Australia; the High Islamic Council of Australia, which is one of the largest religious institutions in Australia, and embodies many Muslim organizations, associations, mosques, Imams and Islamic offices of diverse linguistic and cultural backgrounds, in various Australian states, including the Arabic; Indonesian; Malaysian; Afghanistan; Pakistan; African; Ethiopian; Bosnian; Turkish; Bangladeshi and others.

– He is appointed Member of the General Secretariat for Fatwa Authorities Worldwide since May 2021.

All praise is due to Allah the Lord of the Worlds

Click here to read (in Arabic) about the numerous authorings by His Eminence Prof, Sheikh Salim Alwan