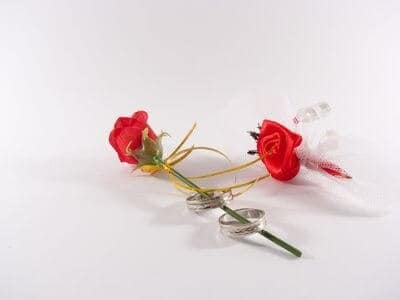 Marriage In Islam: Its Conditions and Invalidators The Pre-requisites of a valid marriage contract are:

A couple who are clear from what prevents the marriage.

A statement of offer and acceptance.

The dowry of marriage: Is a must and a gift of anything beneficial that the groom agrees to give his bride. It may be to teach her a profession such as tailoring, or an amount of money or jewels. He may even agree to teach her how to recite the Quran as a dowry. The dowry is established by agreement of both parties or by measure of the dowry given to other females in her family or class.

The purpose of conditional obedience in the relationship is to keep the family unit running smoothly as possible. Both husband and wife have duties to another and rights from one another.

Among the Wife’s Duties:

The wife mustn’t spend his money freely without consideration, and without his permission.

The prophet reminds us that there is a great reward in being a good wife saying what means : (Any woman who dies leaving a husband, who is pleased with her, shall be admitted into paradise)

Ayah 72 of Surat An-Nahl states that the wife has a right to be treated graciously.

In one of his Friday speeches the prophet said to the men a statement which means: (The best among you are those who are best to their families, and    I am the best among you in to his family)

The Husband’s Duties Include:

Providing the shelter needed for security.

Respecting her and refraining from abusing her verbally, emotionally The divorce statements are classified into two types: Implicit and Explicit

Implicit Divorce is determined by the husband’s intentions. If the husband says a vague statement like “go back to your parents home” with the intention of divorce, it is a valid divorce, otherwise, it is not.

Explicit divorce is a clear stement. Such is when the husband says to his wife: Tallaqtuki (I now divorce you), or Ant taliq (you are now divorced).

Other Conditions For a Divorce To Be Valid Include:

If one utters divorce three counts in one phrase in one setting. For example, the husband says: “i now divorce you three times”. This is classified as three valid counts of divorce. This is determined by the consensus of the Muslim mujtahidin. This unanimous agreement of the mujtahidin was conveyed by Ibn al Mundhir in his book < AL’Ijma^>. Other scholars conveyed this agreement as well. This is also the madhhab of ash-Shafi^iyy, Malik, Abu  Hanifah, Ahmad and other mujtahidin.

A divorce may occur three times after which the man is not entitled to take back that woman as his wife. Meaning: After the first divorce, the husband may choose to take back the woman he divorced into his marriage.

This can happen after the first and second counts of divorce and only during the woman’s waiting period can he reunite the marriage by intention, without needing a formal marriage contract again .After the third divorce, the marriage is permanently nullified and the ex-wife has no way of returning to that man as a wife, except under once circumstance. This is if the woman marries another man, becomes divorced from him and completes the waiting period of that divorce. The woman is then free to decide to re-marry the first man.

The ^Idah or pre marital waiting period of a divorced woman is the completion of three non-menstrual cycles. During the ^Idah, the woman is not allowed to accept the marriage proposal of any other man, nor is another man allowed to propose to her.

Conditions of Engagement in Islam: Engagement is a time allowed for the two to know each other within guidlines.

A Marriage Will Be Nullified in the Event of Apostasy Too.

If one of both of the Muslim spouses commits apostasy by utterance, deed or belief, the marriage is dissolved. The marriage will be naturally reinstated (without a marriage contract) if the apostate returns to Islam within the female waiting period, otherwise a new contract needs to be conducted. This is according to Imam Ashafi^iy. However, according to Imam Abu Hanifah, the marriage is nullified in the event of apostasy of one or both parties and requires a new marriage contract even during the womans waiting period, in the event the apostate returns to Islam.

A happy marriage relies partly on making the right choice of spouse to begin with. Characteristics such as religious status and social background are criteria that both genders should consider when approaching marriage. It is best that couples marry into equal or compatible situation to theirs to reduce complications.

best of all deeds