A Snapshot From Birth to Death – Prophet Muhammad 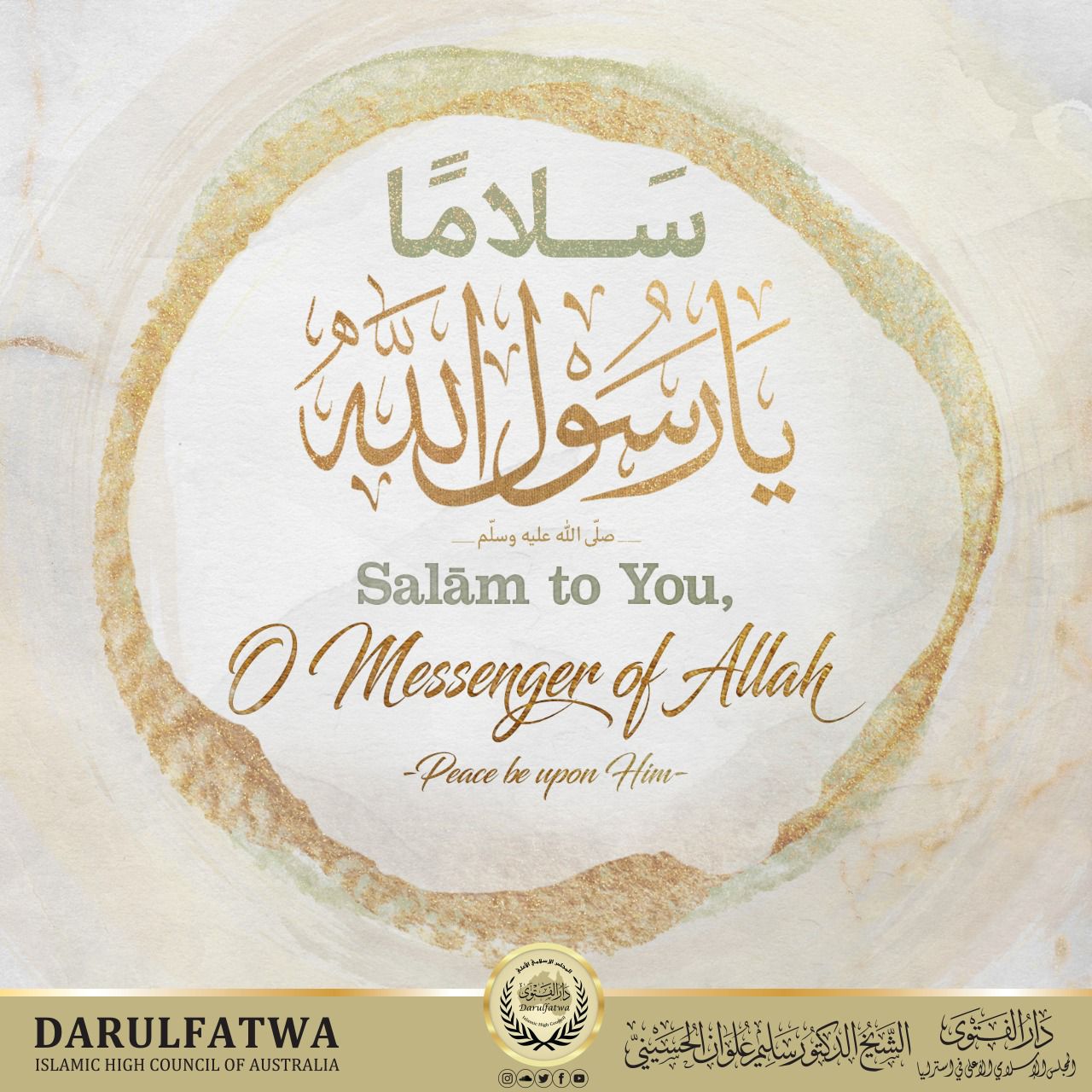 Praise be to Allaah, the Lord of the Worlds, to Him belong the endowments and proper commendations. May Allaah increase the honour and raise the rank of our Master Muhammad Sallallaahu ^alayhi wa Sallam and his kind Al and Companions and protect his nation from what he fears for it.

On the 12th of Rabi^ ul-‘Awwal of every year an honoured and glorified memory shines over the whole world and is commemorated by the entire Muslim world. Every honest Muslim participates in celebrating such an honourable memory to praise Allaah for the blessing and endowment of Prophet Muhammad peace and blessings be upon him.

This occasion is the Honourable Birth of Prophet Muhammad Sallallahu ^alayhi wa Sallam. How can one not celebrate a birth that has changed the face of history. This birth was one of the best gifts that one can ever receive. It is because of this Prophet may Allaah raise his rank that we became Muslims. What is better than becoming a Muslim, remaining steadfast to Islam and dieing as a Muslim. We thank Allaah for this birth and for making us among the followers of this great Prophet.

Only those wh o have darkness in their hearts deny the permissibility of celebrating such a birth and forbid others from doing so. It is absolutely not unlawful (haram) to celebrate the birth of the Prophet Sallallahu ^alayhi wa Sallam, rather it is a rewardable deed. In fact it is the habit of hundreds of millions of Muslims all over Asia, Africa, Europe, India, Bangladesh, Fiji, Indonesia, Yemen, Turkey, Pakistan, and America. Only those who do not love the Prophet say that such celebrations are unlawful (haram).

The Year of the Elephant

There lived once a king of both Yemen and Habashah who was a non-believer. His name was ‘Abrahah. When he realised that the people were visiting Makkah rather than his countries, and that good things were happening in Makkah, he decided to destroy the Ka^bah. The Ka^bah is the cubic structure in the Holy Mosque of Makkah, originally built by Prophet ‘Adam peace be upon him in obedience to Allaah.

‘Abrahah built a huge temple in order to divert the people from the Ka^bah. He tried to glorify this new temple by decorating it with lots of jewels and precious stones. After that, the king of Yemen and Habashah prepared a vast army with huge elephants led by his men. When the Arabian tribes heard about ‘Abrahah’s plan to destroy the Ka^bah, they fought to the best of their abilities. The tribes however could not prevent the elephants or the army. The huge army kept going until they reached the borders of Makkah.

Allaah then sent birds from the sea with rocks placed between their legs and in their beaks. Each and every rock had imprinted the name of the person it was going to strike. They dropped them on that army until they killed them all. Al-Qurtubiyy said that the army was of 60,000 soldiers.  Due to this significant incident, people named that year “The Year of the Elephant”.

In that year Prophet Muhammad Sallallaahu ^alayhi wa Sallam was born. He was born in a place called “Suqul-Layl” in Makkah. According to the Roman calendar it was during the 6th century.

His Mother and Father

‘Aminah Bintu Wahb was the name of the Prophet’s mother. Many good things happened to ‘Aminah during her pregnancy with the Prophet:
· She never felt the weight of the fetus, which resulted in an easy carriage.
· She dreamt of a star falling in her lap, and when she sought interpretation, they told her that she will give birth to the master and leader of the people.
· If she ever sought water from a well, the water itself would rise up to her out of honouring the fetus inside her.
· One time she said: “While I was half asleep, someone came to me and asked me if I felt pregnant. I answered that I did not. Then he told me that I am pregnant with the master and the Prophet of this nation.” That incident assured ‘Aminah that she was pregnant.
· It was also said that when the Prophet’s mother gave birth to him a light came out with him, illuminating what is between the East and West. The Prophet Sallallahu ^alayhi wa Sallam landed on the ground resting on his hands, with his eyes opened and looking towards the sky.

^Abdullah Ibn ^Abdul-Muttalib, the Prophet’s father, did not live to see his son Muhammad. He died while ‘Aminah was still pregnant. His father did not get the opportunity to see the best and the last of all Prophets.

His Name and Lineage:

On the Day of his Birth

On the day Prophet Muhammad Sallallahu ^alayhi wa Sallam was born, the huge fire of the fire-worshippers which had been lit for 1000 years to that day died out. The water of Lake Sawah dried out. Also, the palace of the arrogant dictator Kisra trembled, and 14 of its balconies fell to the ground.

It was the habit of the Arab women to breast-feed other than their own children. It is important to know that when a woman breastfeeds a child a certain amount of milk she becomes his foster mother and her children would become siblings of that breastfed child.

The story of how Halimah became the breast-feeding mother to the prophet is ironic and as told by Halimah as-Sa^diyyah herself: “It was the year of drought when I travelled to Makkah with other women from the tribe of Sa^d seeking to breast-feed babies. I was riding a donkey. Our camel hardly produced any milk, and my child kept us awake crying out of hunger. Even my breast hardly produced any milk for my child. We had nothing but hope.

We reached the city of Makkah. When the breast-feeders realised that baby Muhammad was an orphan, none of the women accepted to breastfeed him. The breastfeeders were hoping for the financial generosity of the child’s father and Muhammad was an orphan. Each of us thought that his mother would not be as helpful. We kept refusing to take Muhammad until all of the other women found children to breastfeed except me. Hating to return empty-handed, I told my husband that I will take that orphan Muhammad.

I swear by Allaah, the moment I put him on my lap, my breast became full of milk. He took my breast for as much as he needed and my child did the same. That night my husband went out to check on our camel, and to his surprise, its udder was full of milk. Soon we were both full and satisfied. My husband looked at me and said: ” I swear by Allaah, you have picked a blessed soul.””

One day while the Prophet was playing with his brothers (sons of Halimah) behind the house, an extraordinary thing happened. The Prophet’s brother ran terrified to his parents and said: “Help my brother, two men came to him and opened his stomach.” Halimah and her husband ran out to the Prophet. They found him standing with a pale face. Halimah hugged him and so did her husband who asked: “What’s with you son?!!” The Prophet replied that two men wearing white clothes came to him, laid him down and opened his abdomen, but he did not know what they did.

The fact is that those two men were the angels Jibril and Mika’il who came in the shape of men. It was said that they opened his abdomen and washed it with Zamzam water, hail water, and snow water. Then they stitched it by the Will of Allaah and stamped him on his back between his shoulders with an oval mark, which was the seal of Prophethood.

Even as a growing child, Prophet Muhammad displayed particular habits. If he ever wanted to urinate or defecate, he would go so far where no houses are in sight. When he used to go through the valleys and the mountains every tree and stone he would pass by would say: “Peace be upon you O Messenger of Allaah.” The Prophet would look left and right, but he would not see anyone.

After Halimah returned the Prophet to his mother ‘Aminah, he stayed with her till the age of five. ‘Aminah then took him to see his uncles in al-Madinah. She stayed there for one month. On her way back she died leaving the Prophet to be raised by his grandfather ^Abdul Muttalib. It was said that when the Prophet’s mother died his grandfather hugged him and showed feelings towards the Prophet that he never showed towards his own son.

Prophet Muhammad stayed with his uncle Abu Talib and went out with him to trade caravans. When the Prophet became 25 years old, he was offered to marry lady Khadijah. She was the owner of some caravans and at that time the Prophet used to work for her. The Prophet accepted to marry Khadijah who became his first wife.

Lady Khadijah Bintu Khuwaylid was highly respected, honourable and a patient woman. She was the richest amongst her people. Lady Khadijah was presented with many suitors for marriage but she refused in spite of all the generous offers she had.

Some of the  Miracles of  Prophet Muhammad

The Prophet was not extremely tall, nor was he short. He had a white complexion and black hair. The Prophet’s hair was not straight rather it was slightly curly and long down to his shoulders. His aroma was nicer than the pure musk itself. He had a clear forehead, long eyelashes, broad shoulders and a firm stomach. The Prophet was fast in his walk, and it was narrated that seeing his face one would think that the sun is rising from it.

It was related by al-Bayhaqiyy, at-Tirmidhiyy, and Ibn Majah from the route of ^Abdullah who said: The Prophet Sallallahu ^alayhi wa Sallam lay down on a mat, which left some marks on his skin. So I began stroking my hand over his skin so that the marks would disappear and said: O Messenger of Allah, please give us permission to put something on the floor for you to sleep on without leaving such marks on your body? The Prophet replied:

“Keep the worldly pleasures away from me, and keep me away from them, for the lifespan of one in this world goes so fast that it is similar to the time a riding person would spend to rest in a shade under a tree after which he has to leave and continue his journey.”

Prophet Muhammad Sallallahu ^alayhi wa Sallam immigrated to al-Madinah in compliance with the orders of Allaah and he lived there for ten years after which he died at the age of sixty-three. He was buried there in the chamber of his wife ^A’ishah, may Allaah reward her greatly and raise her rank. Muslims all around the world believe that it is highly rewardable to visit him at his grave and send their salam (salutations) to him.

The Early Childhood of Prophet Muhammad