Home » Relationship Of A Marriage

Relationship Of A Marriage 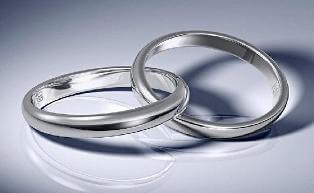 The Gracious Relationship Of A Marriage. All praise is due to Allah the lord of the worlds. May Allah raise the rank of Prophet Muhammad and all the prophets before him and protect his nation from that which he fears for them.

Islam constitutes rights for woman as it does for men. This fairness is clearly stated in the Holly Qur’an. Allah said…..

The husband is the manager of the household affairs and the only person held responsible for supporting his wife and children with adequate food, clothing and shelter, and for providing them with the security necessary in life.

The wife is not obligated to share in the financial support of the family or herself. By their characteristics, men are made to fit their position of authority and responsibility with the many characteristics that Allah the Creator has bestowed upon them.

In the noble principles of Islam, the wife is entitled to certain rights from her husband. This is indicated in Surat Al-Baqara, Ayah 233.

The first of these obligations is for the husband to give moderate financial support to his wife and dependants, from his lawfully earned income. This includes providing adequate food, clothing and a suitable home.

These rights of woman are also confirmed in the response of Prophet Muhammad to one of his companions when asked: “Oh messenger of Allah, what are the rights of our woman upon us?” The Prophet answered what means: ((To provide her with the  sustenance obligated upon you, to clothe her as you are obligated to , to abstain from abusing her verbally, mentally or physically( in accordance with the rules of Islam).

In his Hadith the prophet forbids the husband from abusing his wife in any way or form. For example hitting her on the face is forbidden.

The husband is not permitted to verbally abuse his wife in any way, such as swearing at her or her parents and kin, cursing her or them, or saying such words as ‘May Allah make repulsive’ and the like.

Our dear Prophet Muhammad peace be upon him ordered men to treat their wives with kindness and patience.

Equally important are the rights of the husband due to him from his wife. It is a duty upon the wife to obey her husband in all matters that agree with Islam.

The wife is obligated to satisfy her husband’s desires and is not permitted to deny her husband his rightful pleasures with her, without an Islamic valid reason. Also as part of the husband’s rights, the wife should ask his approval before fasting optional days. As well, the wife must not welcome any person into his home without her husband’s approval.

The wife also needs her husband’s approval to leave his house for any reason except for matters of urgency. However, if the husband tells his wife to commit a sinful deed, then she becomes obligated to disobey him, because the Islamic principle stands that ‘no obedience is due to any creation in matters that oppose the rules of the creator’.

If the husband gives his wife permission to go out of the house within the guidelines of Islam, she is therefore not forbidden to do so.

However she must remember her obedience to Allah and keep within the Islamic dress code and manner of conduct especially whilst in public. A reference to this matter is made in the Qur’an and Particularly in Surat Al-Ahzab, Ayah 33.

Also from the rights of the husband is the duty upon the wife to groom herself for him if he tells her to. She should always take care to greet him with an attractive and well- presented appearance in the ways of personal cleansing, hygiene and grooming.

The wife is expected to be protective of her husband’s wealth and assets both in his presences and in his absence.

The wife must keep in mind that her husband is the person most deserving of her care, attention and devotion.

The most vital aspect of a blissful marriage relies equally upon the husband and wife and is yet to be mentioned.

Both husband and wife are bound to adhere to the compelling teachings of Islam.  They are equally responsible of their duties to one another and most importantly their duties to their Creator.

For a peaceful and long lasting marriage they must exercise forgiveness and discipline themselves against holding   grudges.

Inevitably it is only by adhering to Islam that a married couple will have hope in leading a successful functional, affectionate and satisfying marital relationship whilst preserving for themselves a high status in the hereafter.

In the end let us take heed of the Holy Qur’an and the honourable instructions of our dear Prophet Muhammad as well as the advice of the most pious among us.