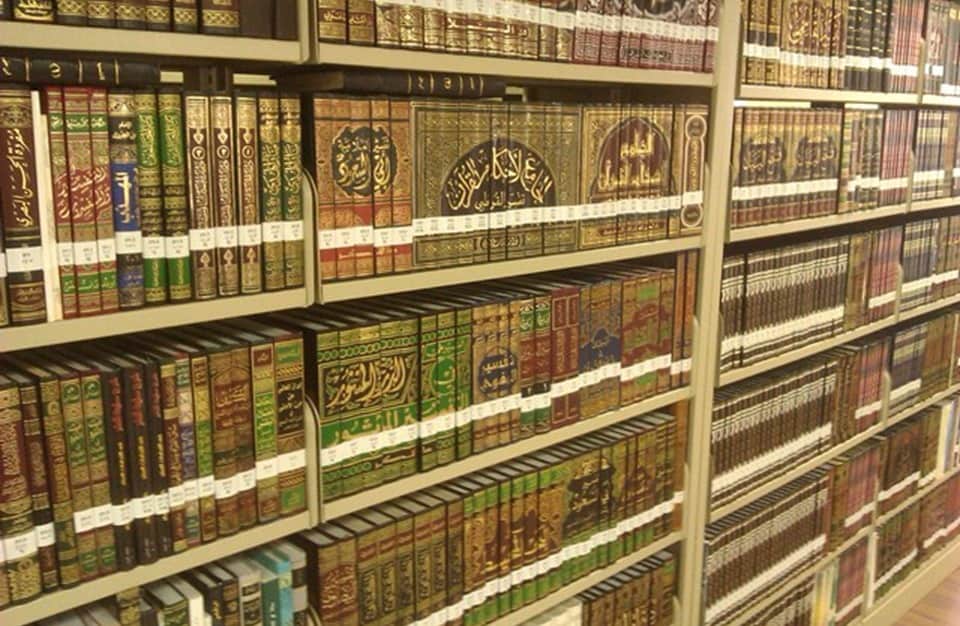 I start in the name of Allaah, praise be to Allaah the Lord of the worlds and may Allaah raise the rank of our Master and leader Muhammad, the best of creation, and his Al and companions. We ask Allaah to enable to learn what we do not know, to remember what we have learned and to benefit us from what we have learnt, Ameen.
Every year, a while before the beginning of the month of Ramadan, some statements and announcements are released which specify the day on which the blessed month of Ramadan starts. Similarly, several days before the end of Ramadan, they publish announcements declaring the last day of Ramadan and the day of ^Id al-Fitr.
They argue that the reason for doing so is to maintain accord and unity among the Muslims and hence they rely on modern science. This argument is easily dismissed on the grounds that their actions provoke in reality more disagreement than unity among Muslims.
We hope those behind these announcements would stop for a moment and honestly ask themselves the following question: “Is it worth it to leave the sayings of the Prophet for the sayings of the astronomers and the like? Is unity achieved by relying on the statements of the astronomers and not by adhering to the teachings of the Prophet?” Naturally, the sound answer will be that the use of astronomy to determine the beginning of Ramadan for the purpose of achieving unity is absolutely unacceptable for in reality it caused confusion among Muslims before the beginning and the end of Ramadan for several years.
Our honourable Religion obliges us to command the obligatory and forbid the unlawful. It urges us to abolish the wrong and enforce the right. Nowadays, there are many who impart false judgements that have no correct religious foundation.
Let those who rely on astronomy and calculations to determine the beginning of Ramdan know that they have contradicted many sayings of the Prophet of Allaah, peace be upon him. If the Muslim just reads the section on fasting in any of the famous books of Hadith, he will realise the obvious and blunt contradiction of those people to the Prophet.
Also, one will be astonished and will question how this adverse group will face the Prophet on the Day of Judgement when they claim to have followed him, and yet they contradicted his Hadith and rejected it.
For those who seek the truth, the following are some of these explicit sayings of the Prophet, sallallaahu ^alayhi wa sallam:
Al-Bukhariyy, Muslim, and others narrated from the route ^Abdullah Ibn ^Umar, may Allaah raise his rank, that the Prophet, sallallaahu ^alayhi wa sallam, said:

This means: <<The lunar month is twenty-nine (29) nights, so do not fast until you sight the crescent. However, if it is cloudy then complete the count to thirty (30) days.>> Although the Prophet made this clear statement, those who oppose said: “We are going to fast whether or not we sight the crescent, whether or not it is cloudy –as long as they were instructed by the astronomers!”
Imam al-Bukhariyy, Imam Muslim, Imam Ahmad, Abu Dawud and An-Nasa’iyy all narrated that the Prophet, sallallaahu ^alayhi wa sallam, said:

This means: <<We do not rely on writings or calculations to determine the beginning or the end of the month, the month is either twenty-nine or thirty days>>.
Al-Qadi ^Iyad (544 AH), in his book ‘Ikmal Al-Mu^ilm Bi-Fawa’id Muslim’ explained the aforementioned Hadith by saying: “The Prophet did not mean that they were ignorant of which day was the twenty-ninth and which was the thirtieth nor he denied their knowledge of such calculations. Rather, he gave them a rule about observing the moon to begin fasting and to end fasting. By doing so, the Prophet did not allow them to adopt the methodology of calculation relied upon by the non-Muslims” [vol: 4, Chapter on Fasting, p: 14-15, Darul-Wafa’].
The scholars of the four schools of Islamic Law agreed that the basis for determining the beginning of Ramadan is as follows:
• Either the crescent is visually observed after the sunset of the twenty-ninth (29th) day of Sha^ban in which case the following day will be the first day of Ramadan.
• Or the crescent is not sighted, then the next day will be the thirtieth (30th) of Sha^ban and the following day will be the beginning of Ramadan.
Following are some statements from the four Madhhabs (Schools of Islamic Jurisprudence).

An-Nawawiyy (676 AH), may Allaah have mercy on him, documented the correct ruling and confirmed it. He said in ‘Rawdat at-Talibin’: “The results of the calculations made by the astronomers do not make it obligatory to fast, neither upon themselves nor upon others.”
Shihab ad-Din ar-Ramliyy ash-Shafi^iyy (971 AH) in his annotations on ‘Al-Fatawa Al-Kubra’ by Al-Haytamiyy said: “The Prophet, who followed Allaah’s Revelations, completely abolished the reliance on calculations by saying: << We are a nation which does not rely on writings or calculations to know the beginning or the end of the month. The month is either twenty-nine (29) or thirty (30) days. >>
This saying was also reported by the son of Shihab ad-Din ar-Ramliyy ash-Shafi^iyy named Shams ad-Din ar-Ramliyy (1004 AH) in ‘Sharh Al-Minhaj’ [vol: 2, p: 59, chapter on fasting, Darul-Fikr].
In ‘Asna Al-Matalib Fi Sharh Rawd At-Talib’ by Zakariyya Al-Ansariyy (925 AH) of the school of ash-Shafi^yy: “The calculations of the astronomer have no significance thus they cannot be used in determining the beginning of fasting”. Furthermore, it is sinful to rely on them for that purpose.

Al-Bajiyy (494 AH), who interpreted the ‘Muwatta’’ and is one of the most eminent scholars of the school of Malik, in refuting the claim of those who rely on astronomy said: “The consensus of the Salaf (predecessors) discredits their claim.” Al-Hafidh Ibn Hajar related the saying of al-Bajiyy and confirmed it [‘Fath al-Bari’, vol: 4, p: 127].
The Judge, Ibn Rushd al-Malikiyy (520 AH), also related the scholarly consensus regarding this matter in his introduction. Ash-Shaykh Muhammad ^Illaysh al-Malikiyy (1299 AH), the former Mufti of Egypt, quoted Ibn Rushd Al-Malikiyy’s statement on the consensus and confirmed it [‘Fath Al-^Aliyy Al-Malik’, vol: 1, p: 168].
Shaykh Abu ^Abdullah Muhammad Ibn Ahmad Mayyarah al-Malikiyy (1072 AH) quoted: “Ash-Shahab al-Qarafiyy (684 AH) related that Sanad (541 H) said: “If an Imam (Muslim ruler) declared the beginning of fasting based on calculations, then the Muslims must not follow him, as the Salaf agreed by consensus against that” [‘Ad-Durr Ath-Thamin’, p: 327, Darul-Fikr].
Shaykh Ahmad ad-Dardir al-Malikiyy (1201 AH) from the school of Imam Malik, said: “it is stated that the beginning of Ramadan is not to be confirmed by the saying of an astronomer neither for himself nor for others” [‘ash-Sharh al-Kabir’, vol: 1, p: 462].

In ‘Al-Mughni’ by Muwaffaq ad-Din Ibn Qudamah al-Hanbaliyy (620 AH) and in ash-Sharh al-Kabir by Shams ad-Din Ibn Qudamah al-Maqdisiyy al-Hanbaliyy (682 AH) it is mentioned: “If one relied on calculations or the findings of the astronomers, his fast is not valid even if their findings coincided with the birth of the crescent”.
That is so, even if the astronomers had a high rate of coincident findings as their findings are not considered as valid evidence Islamically. Moreover, it is not permissible to rely upon them or to act in accordance. Their findings are therefore obsolete based on what the Prophet peace be upon him said:

which means: <<Fast when the crescent is sighted and break your fast when it is sighted >>[vol: 3, p: 26, Darl-Kitab al-^Arabiyy].
Al-Buhutiyy al-Hanbaliyy (1051 AH) said: “If one intended to fast the thirtieth (30th) of Sha^ban without relying on lawful evidence namely sighting the crescent or completing Sha^ban, his fasting is invalid. Take the case for instance of the one who fasted, although the horizon was blocked by clouds, relying on calculations or astronomy, his fasting is invalid for not relying on religious means. This judgement stands even if in reality these calculations often coincided with the beginning of Ramadan. Similar is the case of the one who, after a night of clear sky, still fasted the following day based on calculations, his fasting is invalid for not relying on religious means, even if the day turned out to be the first day of Ramadan after all” [Kashshaf Al-Qina^’, vol: 2, p: 302, Darul-Fikr].
Based on the examples mentioned, it is clear that the four schools are in agreement about not considering the sayings of the astrologers, astronomers, and/or mathematicians for determining the beginning and ending of the month of Ramadan. Moreover, the scholars relayed the scholarly consensus on that ruling.
The reliance is on sighting the crescent or completing thirty days of Sha^ban.
Note: The Scholars said that it is a fard kifayah (communal obligation) to observe the crescent for determining the beginning of every month.
Unfortunately, many in this country have overlooked this communal obligation. The importance of this communal obligation lies in the fact that many religious matters are related to it such as ^Iddah (a specific period of time, a widow or divorced woman should wait before getting remarried), completing the month of Sha^ban to thirty days and other matters. All are related to the lunar months, therefore ignoring the method of observing the crescent for determining the beginning of every month is outrageous negligence of monumental repercussions.
We advise every Muslim to abide by the sayings mentioned by the faqihs of the four schools. The Muslim nation unanimously agreed on the high rank and integrity of those scholars. Let the Muslim learn the rules of fasting before the month of Ramadan comes in by studying under someone who possesses both knowledge and trustworthiness and is someone who himself has acquired the knowledge from someone trustworthy and knowledgeable, and so on with a continuous chain that reaches to the Prophet.
Our advice to Muslims in every city is to dispatch a group to watch for the crescent after the sunset of the twenty-ninth (29th) day of Sha^ban. If the crescent is sighted, then the next day will be Ramadan. If the crescent is not sighted, and one did not hear of a trustworthy man of a neighbouring city who sighted it, then let them complete thirty (30) days of Sha^ban and fast the day after that.
Finally, blessed be those who abide by the Muslim Jama^ah, their masses of scholars, and the sayings of the Prophet, sallallaahu ^alayhi wa sallam. On the Day of Judgment regret shall be to those who follow a way other than that of the believers and stray away from the believers’ methodology.
Praise be to Allaah who is clear of all non-befitting attributes.
And Allaah knows best.
Authored by Sheikhs of the Islamic Charity Projects Association
< Previous Post

Celebrating the Prophet’s Birth is an Innovation of Guidance