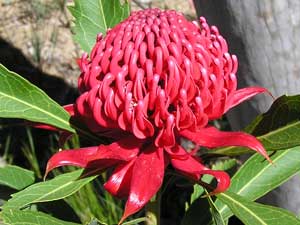 In continued talks and collaborations between Darulfatwa Australia and Al-Azhar Asharif of the Republic of Egypt, the research division of the Al-Azhar Asharif University requested from Darulfatwa Australia, a factual composition on women’s rights in Australia. His Eminence, Chairman of Darulfatwa-In 2021, the Islamic High Council of Australia, Prof. Sheikh Salim Alwan submitted the below account outlining the rights of women in Australia as per the Australian constitution and how this manifest in everyday life in Australia over time. The outcome on the work of Al-Azhar university is pending.

Historically, women in Australia have been excluded from large parts of public and political life in their own society. This was mainly due to some social structures, traditions, stereotypes and attitudes about women and their role in society. Women in Australia today still do not have access to or are able to equally enforce what is known as their human rights, as much as men. However, as a result of their plights for gender equality in many areas of life, the Australian woman exercises more rights than she did over 150 years ago.

Today the rights of the Australian woman are governed under the Universal Declaration of Human Rights Adopted by the General Assembly of the United Nations on 10 December 1948 Article 1; the following is a plain language version:

Article 1– Everyone is born free and equal in dignity and rights.

Article 2– Everyone is entitled to all the rights and freedoms in this Declaration.

Article 3– Everyone has the right to life and to live in freedom and safety.

Article 4– No one can be forced into slavery.

Article 5-No one can be tortured or treated cruelly.

Article 6– Everyone has the right to be treated equally by the law.

Article 7-The law is the same for everyone and should be applied in the same way to everyone.

Article 8-Everyone has the right to ask for legal help when their rights are not respected.

Article 9-No one can be randomly imprisoned or sent away from their own country.

Article 10-Everyone has the right to a fair and public trial by an independent court.

Article 11-Everyone should be considered innocent until proved guilty.

Article 12– Nobody can interfere with someone’s family, home, privacy or correspondence without good reason. Everybody has the right to be protected from such actions.

Article 14-Everyone has the right to go to another country and ask for protection if they are being mistreated or are in danger.

Article 15-Everyone has the right to belong to a country. Nobody can be prevented from belonging to another country without good reason.

Article 16-All men and women have the right to marry and have a family.

Article 17-Everyone has the right to own property and possessions.

Article 19-Everyone has the right to freedom of opinion and expression.

Article 20-Everyone has the right to peacefully take part in meetings and belong to groups.

Article 22-Everyone has the right to social security and is entitled to economic, social and cultural rights.

Article 24-Everyone has the right to have time to relax and have fun.

Article 25-Everyone has the right to a standard of living adequate for health and wellbeing. Motherhood and childhood are entitled to special care and help.

Article 26-Everyone has the right to free education. Primary school education should be available to everyone. Everybody should also have access to higher education.

Article 27-Everyone has the right to participate in their community’s cultural life.

Article 28-Everyone has the right to live in a society in which the rights and freedoms in this Declaration are available.

Article 29-Everyone has a responsibility to ensure that the rights of others are respected.

Article 30-No one has the right to try and take away any of the rights in this Declaration.

The human rights that women have in Australia include the rights to education, to health care, equal access to the law, the right to live independently, to have their own money, to travel wherever they want to, to vote, to be professionals, and ideally, to be in every way equal to men. Women ideally have access to these rights in the school, the workplace and in the family and are said to have equal rights as men. This is reflected in the Australian legal system.

Women and girls’ rights in Australia include the following:

In day-to-day life, the rights of women in Australia manifest in the following:

Under Australian law, women cannot be discriminated against in the name of politics, religion or culture. Women cannot be forced to do anything they do not want to do. They cannot have their rights taken away from them, even by family members. If this happens, the woman has the right to go seek help.

Government has introduced special programs to make sure that women have access to their rights and are able to take an equal place in decision-making in our society. Women have the right to enjoy equal practices that do not discriminate against them due to their gender. This applies to women who are married, single, widowed or divorced.

Voting rights for Women in Australia

Women’s suffrage in Australia was one of the earliest objectives of the movement for gender equality in Australia. It began to be socially and politically accepted and legislated during the late 19th century, beginning with South Australia in 1894 and Western Australia in 1899. In 1902, the newly established Australian Parliament passed the Commonwealth Franchise Act 1902, which set a uniform law enabling women (except those who were “aboriginal natives” of Australia, Africa, Asia, and the Pacific Islands, unless excepted under section 41 of the constitution) to vote at federal elections and to stand for the federal Parliament. This removed gender discrimination in relation to electoral rights for federal elections in Australia. By 1911, the remaining Australian states had legislated for women’s suffrage for state elections. It took longer before women could stand for parliament throughout Australia and even longer before they were actually elected.

The first election for the Parliament of the newly formed Commonwealth of Australia in 1901 was based on the electoral laws of the six federating colonies, so that women who had the vote and the right to stand for Parliament at a colony (now state) level (i.e., in South Australia including the Northern Territory and Western Australia) had the same rights for the 1901 Australian federal election. In 1902, the Commonwealth Parliament passed the uniform Commonwealth Franchise Act 1902, which enabled women 21 years of age and older to vote at elections for the federal Parliament. The States soon gave women over 21 the vote: New South Wales in 1902, Tasmania in 1903, Queensland in 1905, and Victoria in 1908.

During the 1960s women working in the public service and in many private companies were forced to resign from their jobs when they got married. It was not until 1966 that women in the Australian public service won the right to remain employed after marriage.

Though, a gender-based pay gap still exists in Australia. The Workplace Gender Equality Agency (AGEA) reported in February 2021 that based on national ABS statistics, “Australia’s national gender pay gap is 13.4%. In November 2020, women’s average weekly ordinary full-time earnings across all industries and occupations was $1,562.00 compared to men’s average weekly ordinary full-time earnings of $1,804.20”. However, the pay gap has lessened since 2014 when it was 18.5%.

This gender pay gap is influenced by a range of interconnected factors, including stereotypes about the work women and men ‘should’ do, and the way women and men ‘should’ engage in the workforce. An example is the low pay for social and community workers. The question is, are they unpaid roles because they are roles predominantly taken up by women?

Other factors that contribute to the gender pay gap include discrimination, a lack of women in senior positions, a lack of part-time or flexible roles that accommodate for family responsibilities, and differences in education and work experience.

A Remaining Imbalance of Equity