The Hijri New Year-Lessons of Non-Aggression 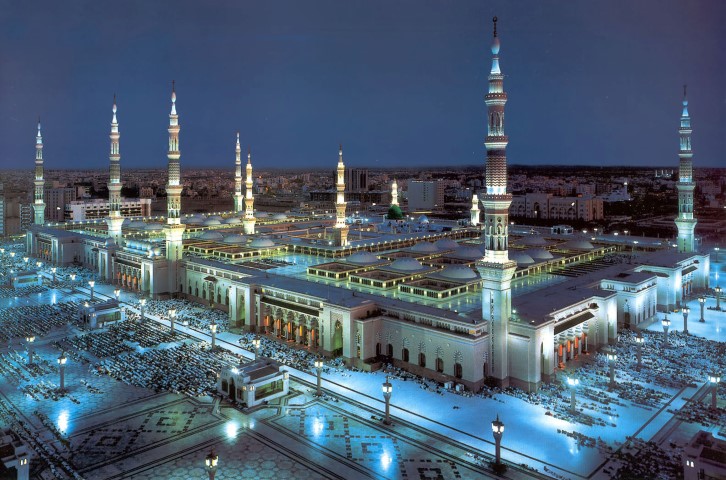 Praise be to Allaah the Lord of the worlds, to Him belongs the Everlastingness and the befitting attributes. May Allaah raise the rank and increase the honor of our great Prophet Muhammad sallallahu ^alayhi wa sallam and protect his Muslim nation from that which he fears for it.

Thereafter, another lunar year has gone and a new one is coming with the glorious memory of that great day in which the Prophet migrated to al-Madinah. That blessed Migration contains several lessons from which we can learn patience and forbearance, and to use them whenever we face difficulties.

Allaah said in the Qur’an:

This means: Those who convey the orders of Allaah and fear Him, and do not fear anyone except Allah.

Prophet Muhammad sallallahu ^alayhi wa sallam received the revelation in Makkah where he was ordered to start preaching and spreading the knowledge of Islam in an ignorant society. The people at that time used to worship the idols and commit many acts of wickedness and debauchery; they were devoted to an immoral style of living that opposed any improvements by any possible means.

The Prophet and his Companions who believed in him endured and tolerated the wrongdoings of the blasphemers by remaining steadfast to the path of Islam and acting in accordance with what is incumbent upon them of its rules.

The blasphemers of the tribe of Quraysh opposed their call and harassed them on various occasions and in many ways. One day a person named ^Uqbah dared to come to the Prophet, held him by his shoulders and strangled him so strongly until Abu Bakr came and stopped him and said: “Do you want to kill a man for saying Allah is my Lord and who has come with the proofs from Allah”.

The blasphemers of Quraysh were severely shocked by the way the Religion of Islam was spreading and they wanted to find a way to exterminate it. Thus, they picked the bravest man from each tribe to assassinate Prophet Muhammad sallallahu ^alayhi wa sallam and to kill the Islamic Call.

They were disappointed because the Prophet knew about their plan by revelation, he was ordered to migrate to al-Madinah al-Munawarah (it used to be called Yathrib at that time).

In obedience to the orders of Allah and relying on Him, the Prophet migrated in the company of Abu Bakr. Neither the great number of the blasphemers nor the danger of the trip stopped them from migrating because all they wanted is to obey God. Thus, the plan of the blasphemers failed.

When you did not support him, Allah indeed supported him when the blasphemers harassed him. He was the second of two (the Prophet
and Abu-Bakr) while they were in the cave he said to his companion:
‘Do not be sad Allah is protecting us.’

The Prophet arrived at al-Madinah to start a new era rich with Islamic Knowledge and good manners. He was capable by his guidance, instructions, and directions to unite the believers as if they all had the heart of a single man, particularly during the hard times.

Additionally, he guided them to perform the obligations and to refrain from the prohibitions. He also taught them to love for their brothers what they love for themselves. He also used to advise them to have mercy among each other and to help each other in their hardship.

In what is mentioned in his hadith, the prophet also warned them from exaggerating in the Religion the extremism that destroyed their predecessors.

This means: “Do not dare to ever exaggerate in the Religion, for exaggeration is what destroyed the extremists before you”.

We must take advantage of this occasion to be guided by the teachings of the Prophet sallallahu ^alayhi wa sallam and unite the Muslims. We must actively speak as one and act in goodwill.

We ask Allaah to answer our supplication and to make this occasion full of blessings, benediction, and charity.