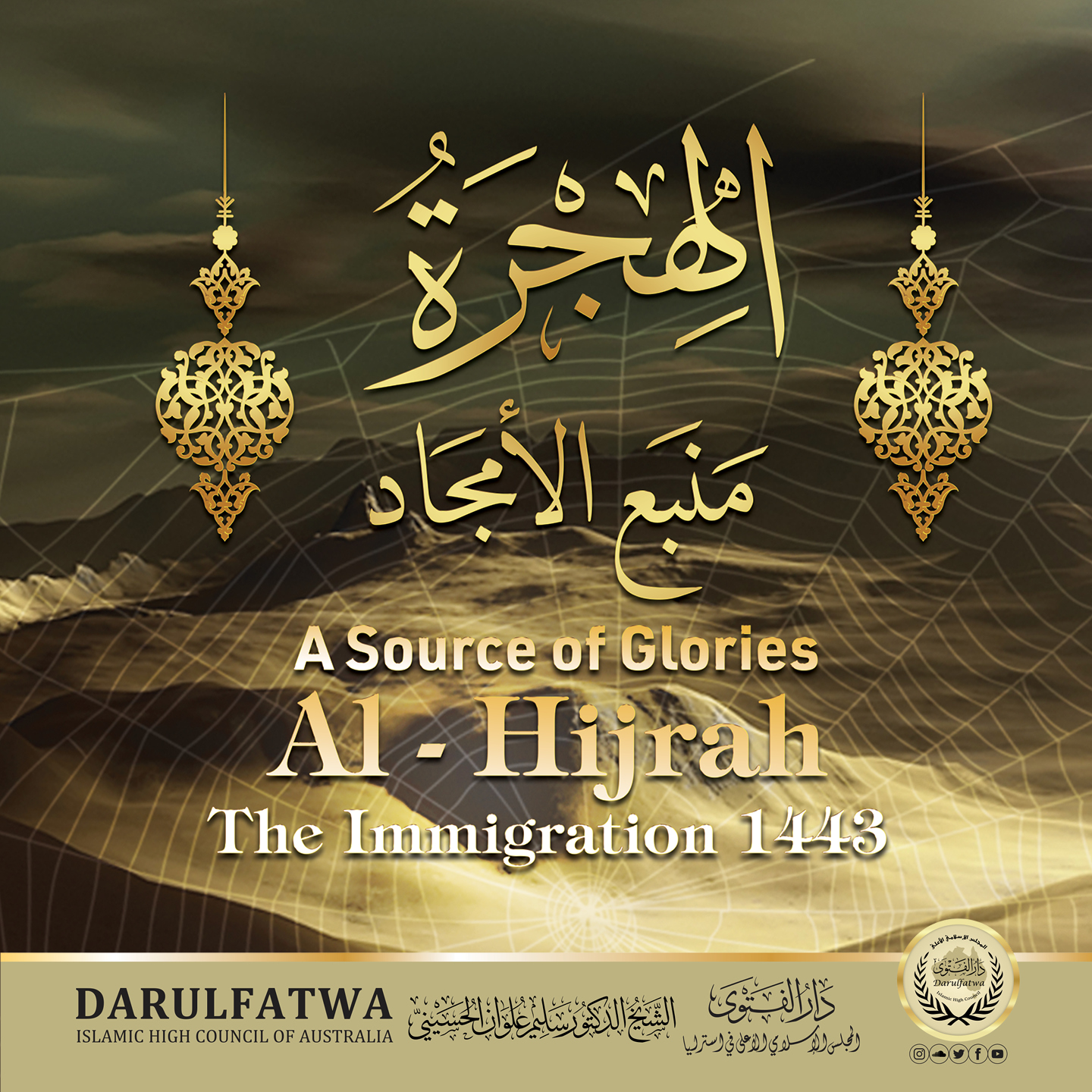 All praise is due to Allah, our Lord, whose existence is eternal without a beginning, without an end, and without being subject to a time or place. May Allah, the All-Mighty, raise the rank of the best of all His Messengers, Prophet Muhammad, and raise the rank of all the brethren Prophets and Messengers, and the blessed and virtuous kin and companions of our dear Prophet.

Surat At-Tawbah verse 40 means: “Allah did indeed help him [Muhammad] when he left due to the unbelievers. They were two, and they were in the cave, as he [Muhammad] said to his companion ‘Do not dismay for God will support us’”.

Prophet Muhammad called for justice, goodness, morality and ethics. He forbade all forms of vice and injustices. He was the man known to his people, before the revelations of Prophethood, as the trustworthy who was no thief, no immoral deviant, and no womanizer.

He roamed the successive gatherings of people while repeating: “O people, say there is no God but Allah, as such leads to success” not losing his resolve and determination, despite some unbeliever who pursued him with sinister lies and falsehoods.

Despite all this, the Prophet who was revealed to by God responded to his uncle by saying: “By my Lord, O uncle, for if they were to place the sun in my right and the moon in my left, I shall not stray from this path, and I shall relentlessly persevere on it until my moment of death; so that the words of Faith do propagate and spread”.

It was in the face of such strong commitment and resolve that the idolaters agreed upon assassinating the Prophet, and they decided to do so by assigning one brutal man from each tribe so that his blood is dispersed amongst them all.

But despite such evil plots, the Angel Jibril (Gabriel) came to the Prophet informing him and telling him to avoid his usual sleeping place. The Prophet then called upon Ali bin Abi Talib, may Allah reward him greatly, asking him to take his sleeping bed and to cover himself with a green cloak, which the Prophet had.

The Prophet then emerged to them, as he was veiled from their sights, and as they stood at his door he threw over their heads a grasp of soil while reciting from the Book some verses from Surat Yasin as in beginning with what means: Yasin, by the Qur’an which is full of wisdom… until the verse which means:

And We [Allah] have put a barrier in front of them and a barrier behind them, and further We have obstructed their sight; so that they cannot see.

The Prophet, peace be upon him, then selected his beloved Abu Bakr As-Siddiq, may Allah reward him greatly, to be his travel companion on the migration trip to Madinah. During their trip they entered the cave of Thawr, which had cavities in its walls.

Abu Bakr attempted to cover these cavities with his outfit until there remained one last cavity, which Abu Bakr concealed with his foot. Abu Bakr was stoutly committed to protecting his beloved Muhammad. It is then that a serpent bit him in the foot, but he held his position bearing the pain until he cried shedding a tear that softly dropped waking the Prophet peace be upon him.

The Prophet then compassionately got up and wiped away these glittering tears, consequentially leaving Abu Bakr a cured man by the will of Allah.

Furthermore, Allah protected his beloved by the spider web, and thus Muhammad peace be upon him was protected by the weakest and frailest of houses, the house of a spider. Allah brought about a dove, which laid an egg at the mouth of the cave, and the spider which spun the web.

Meanwhile, the Muslims of Madinah were affectionately awaiting the arrival of the Prophet. And so one day in the searing midday heat, and while reporters were heading back and forth, a man emerged with the news to which he yelled at full voice: “O people of Madinah, the person you have been waiting for has arrived”.

These echoing words caused an affectionate amassing of people driven by their love for the Prophet. This blessed scene has been captured and remembered through the resonating words of tala^al badru ^alayn a min Thaniyy atil-wad a^; the full moon [Muhammad] has shone upon us from the spot known as Thaniyy atil-wad a^.

The Prophetic immigration, was not an act of cowardice fleeing from the idolaters, nor was it an act of betrayal towards standing up for justice and rebuttal of falsehood. In fact, the Prophet’s migration was due to an order from his Creator, Allah the All-Mighty

The Migration of Prophet Muhammad was a Journey of Courage