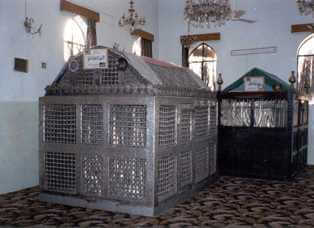 Purity in dealings and following the footsteps of the Prophet

Praise be to Allah and may Allah increase the honor and raise the rank of our Master Muhammad sallallahu ^alayhi wa sallam. Thereafter dear Muslims, Allah said in Surat al-Ahzab, 70-71:

These verses mean: “O you who believe, fear God and speak words of integrity, what is proper. [By doing so] Allah will rectify your deeds for you and will forgive your sins. And whoever obeys God and His Messenger shall verily achieve a great success.

” Allah tabaraka wa ta^ala has ordered us to be God-fearing and to say what is good, sound and complies with the laws of Religion. The ‘sound saying’ or ‘proper statement’ is not what the religiously– ignorant judge as good, because those who are religiously-ignorant might consider a corrupt saying as good and what is religiously good as invalid. What counts is what those who have proper understanding of  the Religion say. Those are the people who have knowledge of the Qur’an and implement its provisions; those are the ones that are considered to have proper and correct understanding and are worthy of being followed.  The religious rule, that no two Muslims disagree about, states that “what the Religion judges as good then it is good; and what the Religion judges as ugly then it is judged as ugly.”

So, those ragtag who know nothing but to follow others without a proof or religious knowledge, they just look at appearances and follow any one who croaks. Those ones are like nothing to Allah.Among what we have been inflicted with in this day and age are people who fabricate lies and false statements in the name of  ‘Sufism’. In reality they know nothing of Sufism but the name. In order to avoid falling into their misguidance and ordeals, one should learn the true route of Sufism from the masters of Sufism who practiced its true methodology; also, by educating people and advising them to avoid those who judge as good what the Religion judges as awful and judge ugly what the Religion judges as good, those who deceive people.

The first Sufi was Abu Bakr as–Siddiq may Allah raise his rank, then those like him in path, which is purity in deeds and following the Messenger of Allah sallallahu ^alayhi wa sallam.  He who obeys his Lord with purity, treats the creations of Allah with purity, sincere to his Lord in secret and openly is the Sufi by whom blessings are granted.  The greatest Sufi after the Companions, from the Tabi^in (followers of the Companions), Uways al-Qarniyy was known for his shabby clothes. Of how scruffy and poor he was, children used to think he was crazy. But those who have true and proper religious knowledge know who he really is. The Messenger of Allah sallallahu ^alayhi wa sallam said:

It means: “The best of the followers of the Companions is a man called Uways Ibn ^Amir from [the tribe of] Qarn, and then from [a part of the tribe of] Murad. He has a mother to whom he is devoted. He had leprosy; Allah cleared him of it, but a small spot the size of a Dirham. If you [the Companions] happen to meet him, ask him to ask Allah to forgive you“. Having heard the hadith from the Prophet, our Master ^Umar Ibnul Khattab, may Allah raise his rank, and during his caliphate started asking the Yemeni reinforcements if they had Uways amongst them.

Whenever fighters would come from Yemen to support him in his battles, ^Umar, may Allah raise his rank would ask them, “Is Uways Ibnu ^Amir amongst you?” Until one day he met with some people who knew Uways and said :”He’s with us.”  When he met Uway, he asked him: ” Are you Uways the son of ^Amir?” He said, “Yes.

” ^Umar continued, “From Qaran, then from Murad?” He said: “Yes.” ^Umar then asked, “Were you once afflicted with leprosy and your skin healed except for a dirham’s area?” Uways said, “Yes.”^Umar finally asked, “Do you have a mother that you are devoted to?” He said, “Yes.” ^Umar said: “Then ask Allah to forgive us!” Out of humbleness, Uways said:  “You are the one who just came back from a blessed trip [ Hajj], why don’t you ask for forgiveness for us??” However, ^Umar insisted so Uways made supplication for them.

This is Uways Ibn ^Amir, whom the Prophet declared as best of the followers of the Companions. He is the best waliyy(upright Muslim) after the awliyya’ of the Companions.  Master ^Umar then said: “I shall inform my clerk to assign a salary for you.”  Uways answered: “I’d rather be among the poor than receiving that salary!!” So, he did not accept to be assigned a salary; he preferred to be poor over richness and luxury.

Look at the master of the Sufis of the followers of the Companions, and look at the slander of some people of this time who despise poverty and make it a sign of humiliation; they deem poverty as a flaw. They do not realize that he who is pious whether rich or poor is the honorable one to Allah. Besides, most of the pious people are poor. So, after this how would someone claim to be a Muslim Sufi, or a Religious Shaykh yet slander poverty without details? How can such a person claim that poverty and Islam do not mix?! Al-Junayd, the Master of the Sufis in the beginning of the fourth Hijri Century, was a jurist [faqih] and a muhadith ; he excelled in the science of jurisprudence as well as the science of hadith. Linguists, litterateurs even the jurists used to come to his circle of knowledge and benefit from his knowledge. As for Sufis, he was their destination.

He, may Allah raise his rank, said: “We did not attain Sufism through hearsay; however, we attained it through staying awake at night praying, hunger from fasting, and parting with pleasures.” Because Sufism is a methodology implemented with purity in actions, Harithah Ibn Malik, who was from the Ansar Companions of the Prophet, said, “I became detached from this world [and its luxuries]. I spent my nights awake [praying] and my day thirsty [fasting in obedience] and so firm in my convictions and belief as if I’m seeing the ^Arsh, as if I’m seeing the people of Paradise visiting one another and as if I’m seeing the people of Hellfire being tortured.”  Dear beloved, the Sufis do not forbid that which Allah has made lawful, rather they take heed of the prophets, of whom none was indulge in the worldly luxuries and pleasures.Those who are acquainted with the life style of the Messenger of Allah sallallahu ^alayhi wa sallam, know that he used to go hungry many times.

He did not care much about food. For most of the month, fire rarely was lit to cook with in his house, as his family was satisfied with just water and dates. Master Abu Bakr was once seen, after becoming a Caliph, carrying something to sell in order to earn a living for his family. He was told: “O the successor of the Messenger of Allah, we can take care of your needs, why should you go out and work by yourself?” Dear Muslims, Sufism is knowledge and implementation. It is not ignorance, laziness, dependence and greed. This is the tip of the iceberg of the course and the life style of the Sufi masters. True Sufis are people who realize the importance of the Obligatory Knowledge of the Religion and endeavor to acquire it through proper channels, i.e., through trustworthy and knowledgeable teachers.

They acquire the knowledge, then implement it and encourage others to do the same. Sufis are a people who follow the Great Messenger, Muhammad, in a full manner by following his teachings and his example. They weigh things by the scale of the Religion. They do not deem lawful that which Allah ordained as unlawful, and they do not deem unlawful that which Allah ordained as lawful. They judge ugly what the laws of the Religion judge ugly, and they judge good what the laws of the Religion judge good. They do not indulge their appetites, and do so willingly.

They go against the desires of their selves. As for the one who sticks to using the subahah (remembrance beads), lowering the head, and closing the eyes when saying the ‘wird’ without proper following for the Messenger, is a liar and a deceiver.

O Allah, detach our hearts from this world and make us attached to the hereafter! Make us recognize our bad doings and guide us to fix them