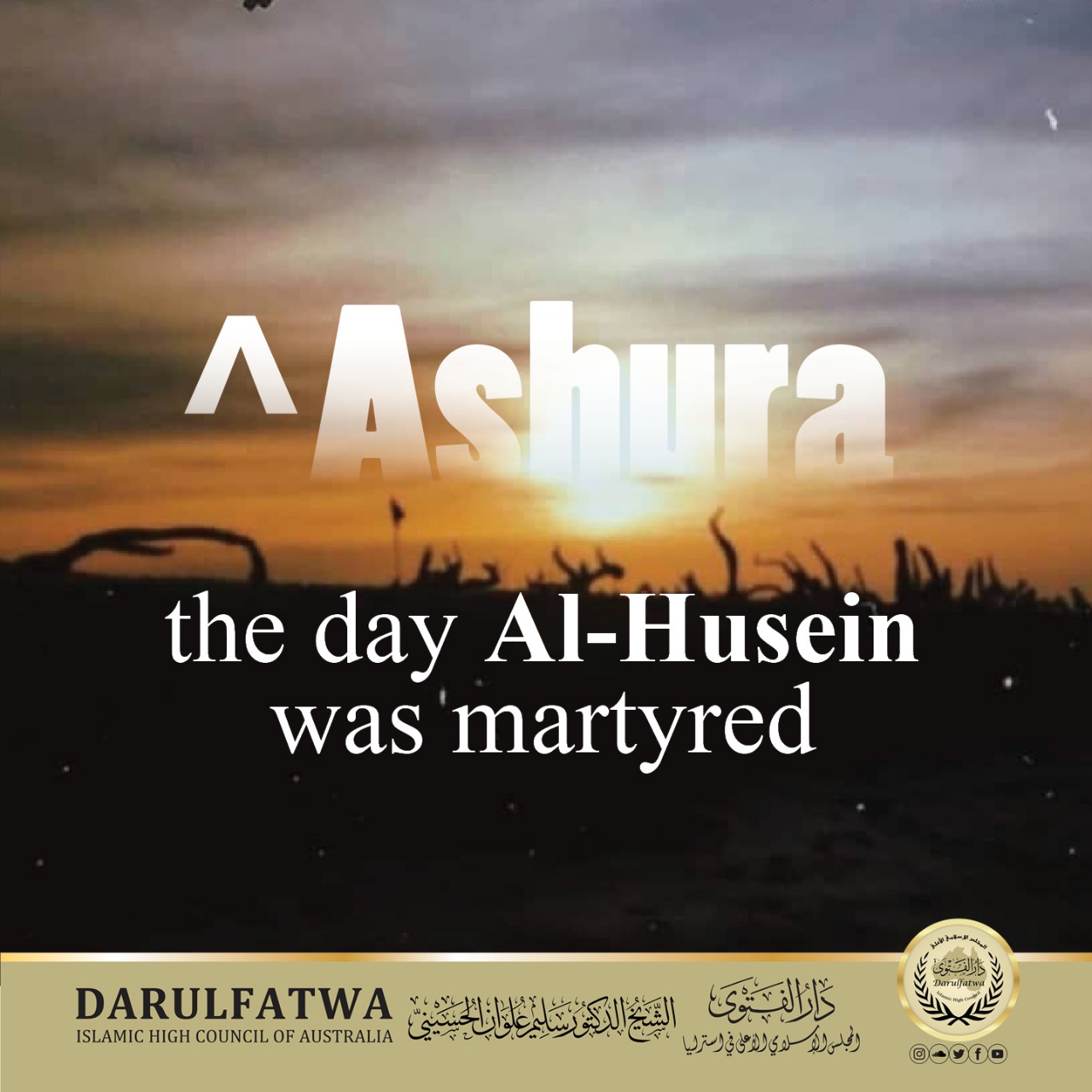 After Mu`awiyyah’s death and the appointment of his son Yazeed, Al-Husyan refused to give allegiance to Yazeed and left for Makkah. He considered those who are governing unjust, aggressors, corrupt and not abiding by Islam.

Ibn `Abbaas, `Abdullah Ibn Ja`far, Abu Sa`eed alKhudriyy and others advised al-Husein to reconsider and not to travel. He considered that it is his role to implement the rules of Islam and change the unlawful.

As soon as Yazeed heard the news, he removed anNu`maan bin Basheer from ruling Kufa and made it part of Basra’s District ruled by `Ubaydullaah Ibn Ziyyaad, who was cunning, bloody and ruthless. Ibn Ziyad went to Kufa and kept his face covered. The people thought he was al-Husein, showed him respect and became extremely furious when they kept saluting him as the grandson of the Prophet, mercy and peace upon him.

Ibn Ziyad installed strict rules, killed the homeowner where Ibn `Uqayl was staying and by the end of the day he killed Ibn `Uqayl after his followers left him by himself one after the other. He sent his head to Yazeed. Yazeed accepted his doing and ordered him to watch for al-Husein, protect the road to Iraq, judge those accused but do not kill except those who fight you.

Al-Husein learned about what happened to his cousin Muslim, decided to return to Makkah but Muslim’s brothers refused to let Muslim’s killers go unpunished. al-Husein changed his direction seeking the route to ash-Shaam.

1,000 horsemen sent by Ibn Ziyyaad met al-Husein and accompanied him until an army of 4,000 fighters met them at Karbalaaˊ, which is located many miles away from southern Baghdad. None of the Kufa’s people were there!

al-Husein asked the army to give him one of either three things:

To return to where he came from, to go to Yazeed or to go and live at the borders of the state to defend it.

However, Shumar bin Dhil Jushan who was a tyrant, strong and mischievous saw by that giving weakness to Ibn Ziyyaad and glory to al Husein and enticed Ibn Ziyyaad to refuse the offer.

The latter sent Shumar instructing the army to make al-Husayn either surrender and come to Ibn Ziyyaad or be killed and Shumar will be put in charge if `Umar refuses the order. Ibn Ziyad asked al-Husein to pledge his allegiance to Yazid. To that al-Husayn said: “That will never happen.”

The following morning was the tenth of Muharram 61 AH al-Husein got ready with 32 horsemen and 40 fighters on foot (72 persons). That was the day for al-Husein’s martyrdom.

`Umar Ibn Sa`d had 4,000 or 5,000 fighters on his side, and then the fight erupted while al-Husein was defending from the right and the left like a lion. Soon Zur`ah Ibn Shareek hit his left hand, another one hit his shoulder; Sinan Ibn Anas stabbed him with a spear which made him fell off his horse to the ground and they rushed towards him to kill him.

The wicked criminal Shumar Ibn Dhil Jushan got down and chopped his head off. They found later that al-Husein was stabbed thirty-three times and was hit thirty-four times; he was 56 years old when he died and some said that he was 58.

Al-Husein’s noble head was sent to Ibn Ziyyaad who sent it to Yazeed with al-Husein’s family. Yazeed cussed Ibn Ziyyaad for his doing and cried for the death of al-Husein. He said if I were there I would have pardoned him.

It was mentioned that when al-Husein, may Allah raise his rank, was killed his head was brought to Yazid; he started to pick his teeth with a stick. Abu Barzah alAslamiyy said to him out of shock when he saw that: “Are you picking with your stick the mouth of al-Husein? I swear by Allah who is the only God that I saw the lips of the Messenger of Allah Sallallahu `Alayhi wa Sallam on those lips kissing them.” He then spoke roughly to him and left.

Imam al-Husein was a nice looking and handsome master, articulate, knowledgeable, polite, sedate, generous, and religious. He was a well-respected and dignified scholar among the leaders of the nation as Abu Bakr, `Umar, and `Uthman; and others from the elite Companions. He had a high status and used to look like his grandfather the Messenger of Allah, mercy and peace upon him.

He was an outstanding individual: Pious, detached from worldly interests, God-fearing, and a great worshipper. He used to pray and fast a lot and it was said that he performed Pilgrimage (Hajj) twenty-five times on foot. He was so generous, who pays charity to the poor and supports the weak.

The Messenger of Allaah, mercy and peace be on him, once covered him, his brother al-Hasan, and his mother Fatimah with his dress and said: “O God those are my family and my special ones, O God keep blasphemy and sins away from them and purify them fully.”

Messenger of Allah said about al-Hasan and al-Husein: “O my God I love them, grant them Your love.” (AtTirmidhiyy and Ibn Hibban)

The Prophet, mercy and peace upon him said: “Al-Hasan and al-Husein are the Masters of the youth of the people of Paradise.” (Ahmad and atTabaraniyy)

The Messenger, mercy and peace upon, said: “They are my myrtle from this world.” (Al-Bukhari)

Fasting the Day of ^Ashura’