Home » How to Perform a Valid Udhiyah (Qurban Sacrifice)

How to Perform a Valid Udhiyah (Qurban Sacrifice) 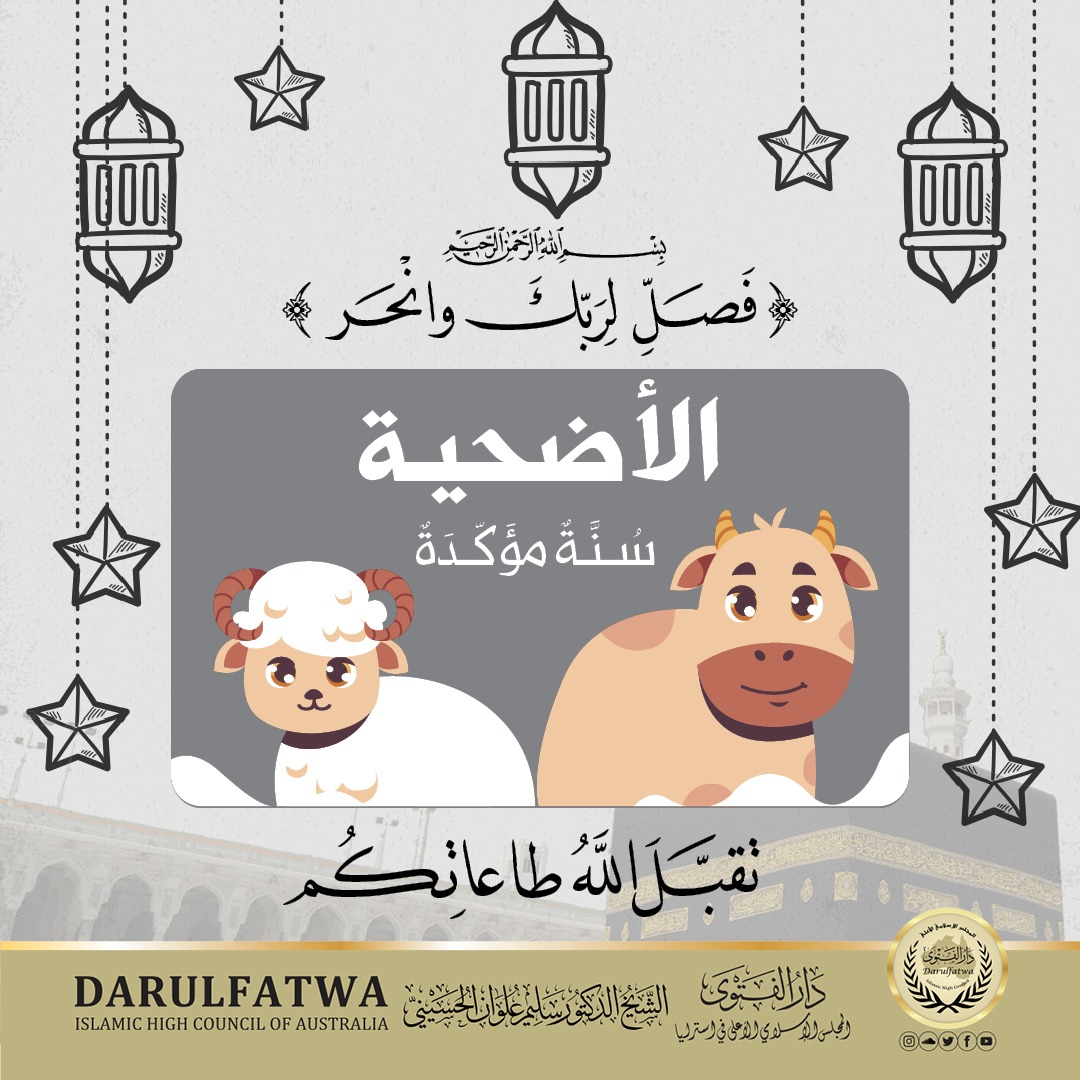 Udhiyah (offering a blood sacrifice) is a great ritual of the religion and an emphasised practice.

Al-Bukhariyy and Muslim narrated in their Sahih that the Prophet peace be upon him sacrificed two big white rams which he slaughtered by his own hand and said ‘bismillah Allaahu Akbar’. The merit of the one who revives this practice is very great.

At-Tirmidhiyy, Ibn Majah and others narrated that the Prophet peace be upon him said what means:

<< One of the best deeds the son of Adam would do on the Day of Nahr (blood sacrifice) which is highly accepted by Allaah the Exalted, is to offer a blood sacrifice. Such a person would come on the Day of Judgement with its horns, hooves and hair, and its blood that was shed for the sake of Allah would be accepted by Allah the Exalted before it even falls to the ground, so be pleased by this sacrifice with the rewards you receive>>.

The Prophet answered: “It is the practice of your father Ibrahim”.

They said: “O Messenger of Allaah, what type of rewards do we acquire for it?

The Prophet said: “For every hair there is a reward”.

They said: “What about the wool O Messenger of Allaah? He replied: “For every fibre of its wool there is a reward”. Narrated by Ahmad and Ibn Majah.

It is recommended for the one intending to offer a sacrifice, that from the beginning of the month of Dhul-Hijjah one should not clip his nails nor shave or trim the hair of his head, his face or his body until he offers the sacrifice. The wisdom behind this is to be protected from Hellfire with all his body parts.

It should be noted, that the animal to be slaughtered as a sacrifice must be from al-an^am, that is camels, cattle, and sheep/goats. What is sufficient of each type is the following:

It is insufficient to slaughter a defective one (any of above animals), if the defect lessens the amount of its meat, fat and the like. It was narrated through the route of Al-bara’ Ibn ^Azib that the Prophet peace be upon him said:

<<It is insufficient for Udhiyah if the sacrificed animal is one-eyed whose defect is obvious, is sick whose sickness is obvious, is lame whose limb is obvious or is emaciated one that has no marrow in its bones>>.

This is an authenticated Hadith narrated by Abu Dawud, at-Tirmidhiyy, an-Nasa’iyy, Ibn Majah and others with authenticated chains of narration.

The time of the blood sacrifice commences after the sunrise of the day of ^Id and after enough time has passed for Muslims to observe the ^Id speech (two average speeches in length) and ^Id prayer. The time for blood sacrifice ends at the sunset of the third day of tashriq.

It is recommended not to slaughter unless one has prayed the ^Id Prayer. It is sufficient for one to slaughter one sheep for himself and his family.

If the Udhiyah is due to a fulfilment of a vow then one cannot eat anything of it likewise all those that are dependent on him.

As for the recommended sacrifice, it is recommended for him to eat from it. If one chooses, one is allowed to consume one-third of it, give another third away as a gift and donate the last third to the poor.

The Best Ten Days of The Year -Thil-Hijjah