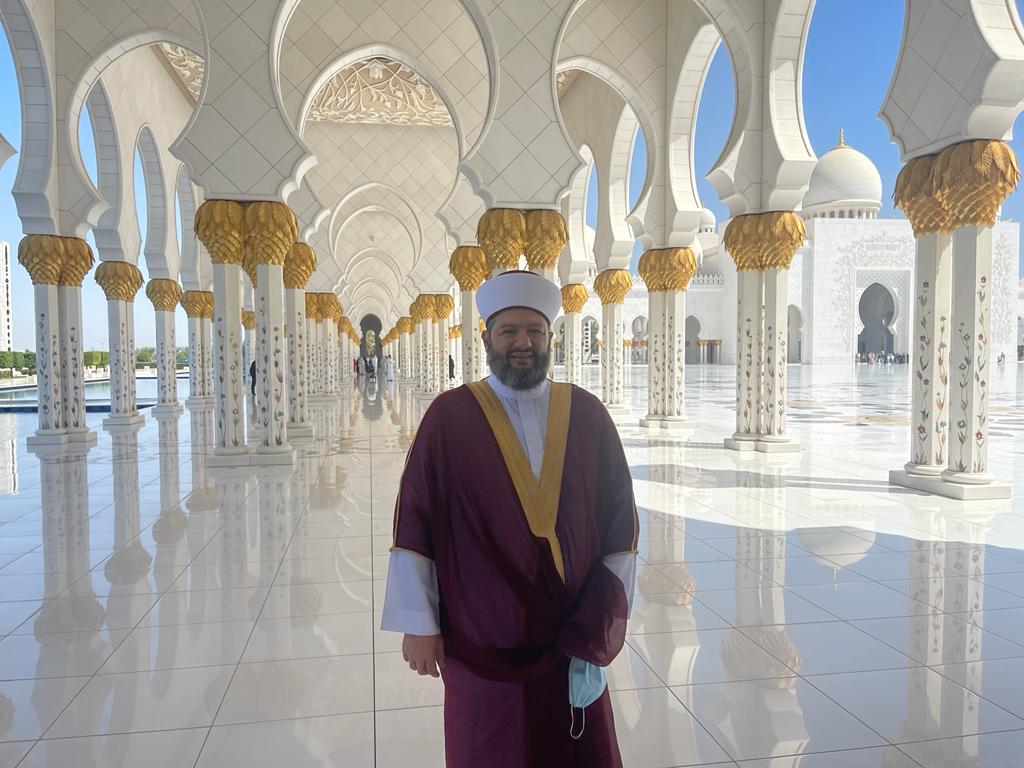 His Excellency Prof. Sheikh Salim Alwan, Chairman of Darulfatwa Australia- the Islamic High Council of Australia makes a special visit to the UAE where he was welcomed by the World Muslims Communities Council (WMCC) Secretary-General, His Excellency Dr. Mohamed Bechari, at the Council’s headquarters in the UAE capital Abu Dhabi, on Wednesday, March 2, 2022.

The two parties discussed the mechanism of collaboration in several essential Muslim interests including, promoting the values ​​of Islam in Muslim societies, issues of coexistence, national state, citizenship and integration. They also discussed the settlement of the concepts of religious, ethnic, cultural pluralism, moderation and the contemporary jurisprudence of Sharia.

The two sides also discussed unifying efforts in achieving contemporary jurisprudence within the tolerant Islamic Sharia, in line with the conditions of the people of Muslim communities in the countries in which they live, as well as through seeking to enhance the positive role of Muslims in various parts of the world.

At the end of the meeting, the two sides exchanged commemorative shields and photos. 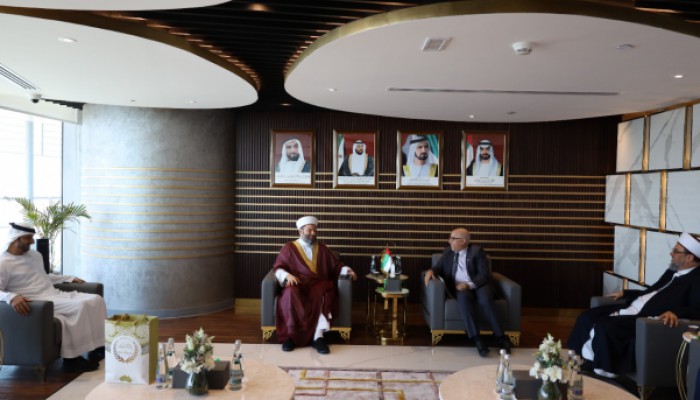