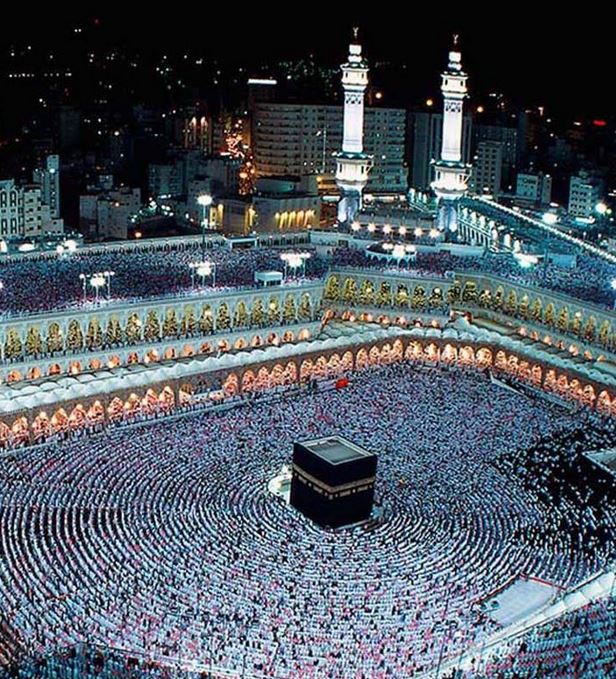 To perform Hajj means to go to the Ka^bah at a particular time with the intention to perform there the specific known actions which Allah ordered to be done in performing this worship.

The scholars hold the consensus that performing Hajj is an obligation on the Muslim who is able, free, and accountable. Allah said in Surat al-Baqarah, Ayah 196:

This verse means: [Perform Hajj and ^Umrah completely in obedience to Allah.]

Performing Hajj is among the matters of the Religion known by the Muslim scholar and layman alike, therefore the one who denies its obligation blasphemes.

However, the one who does not deny its obligation, but delays performing it until one dies, although one is able to do so, does not blaspheme. Rather, one commits an enormous sin. The scholars hold different opinions as to the obligation of performing ^Umrah.

Allah gave Hajj a merit which prayer, Zakah, and fasting do not have. This merit is that if one performs Hajj in a manner which is accepted to Allah, then that Hajj would erase all one’s sins–both the small and the enormous ones. Al-Bukhariyy narrated the sahih hadith of the Prophet:

It means: “The one who performs Hajj and while muhrim refrains from sexual intercourse or committing enormous sins, then one will be as clear of one’s sins just as one was clear of sins when one’s mother gave birth to one.”

Although performing the Obligatory Prayers is more rewardable, performing Hajj has this specific merit. Performing Hajj is one of the five most important matters of Islam. In the famous hadith known as the Hadith of Jibril, the Prophet, sallallahu ^alayhi wa sallam, said:

It means: “The most important matters of Islam are five: Testifying that no one is God except Allah and that Muhammad is the Messenger of Allah, performing Prayers, paying Zakah, performing Hajj, and fasting Ramadan.”

Who is Obligated to Perform Hajj