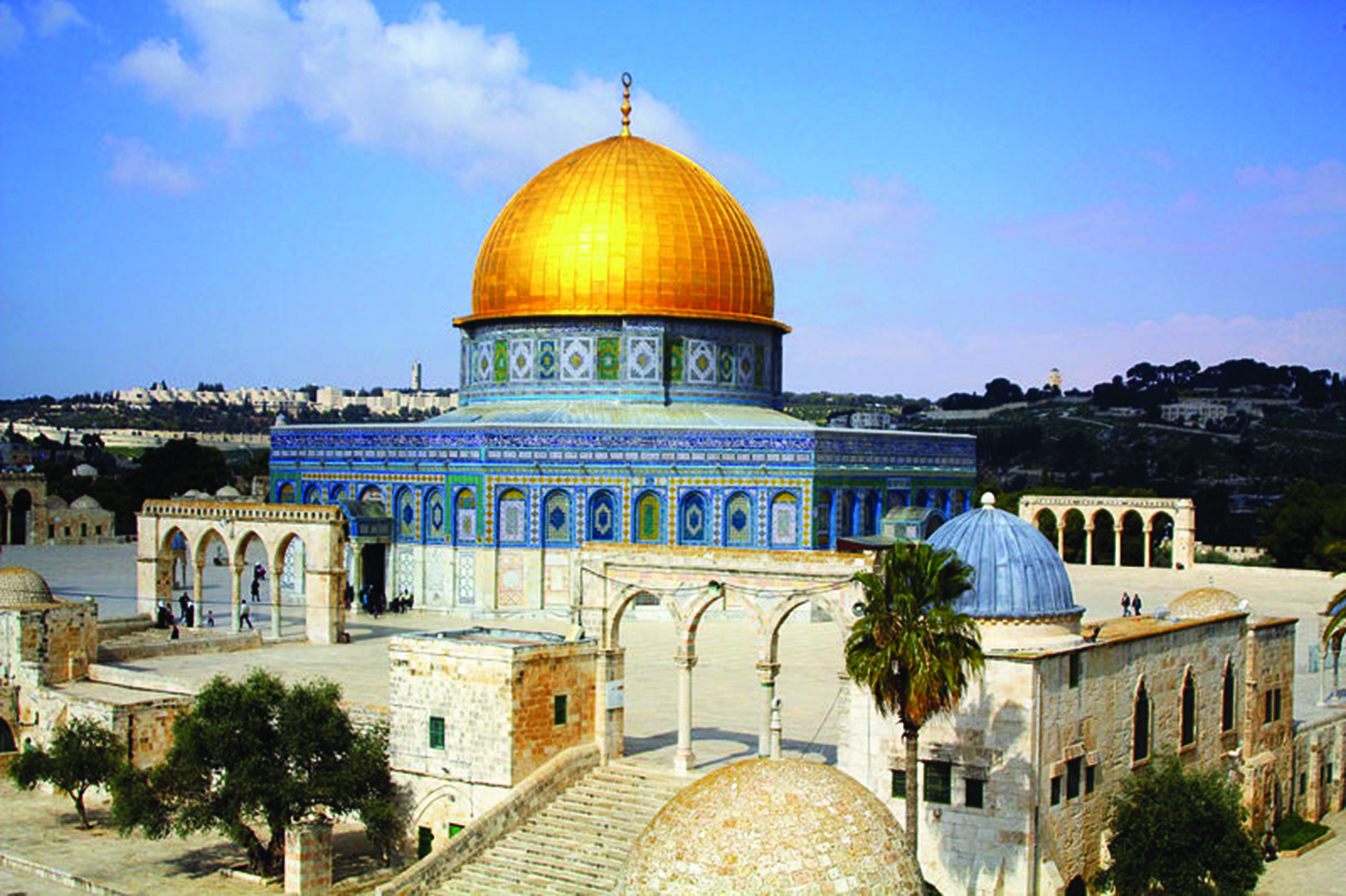 Allah the Exalted sent the prophets as a mercy to the slaves and supported them with great miracles to indicate the truthfulness of their message. Of all the prophets, our Prophet Muhammad Sallallahu ^alayhi wa Sallam was blessed with the most miracles.

The events of the Isra’ and the Mi^raj are among the many miracles of Prophet Muhammad Sallallahu ^alayhi wa Sallam.  Al-Isra’ is the night journey from the Haram Mosque in Makkah to Al-Aqsa Mosque and Al-Mi^raj is the ascension into the skies.

The journey of Al-Isra’ is confirmed by explicit texts in the Qur’an and the authentic hadith. Hence, it is obligatory to believe that Allah the Exalted, enabled His Messenger (peace be upon him) to make the night journey from Makkah to Al-Aqsa Mosque in Palestine.

Allah the Exalted said in the Qur’an:

This means: Praise be to Allah Who enabled His slave, Muhammad, to make the journey at night from Masjid al-Haram in Makkah to Masjid al-Aqsa in Jerusalem, whose surroundings We have blessed. Al-Mi^raj is also religiously confirmed clearly and explicitly in the Hadith, though not clearly and explicitly in the Qur’an. The Qur’an refers to it with text that requires interpretation and is near explicit.

Preparing the Prophet for the wondrous journey

Before the Prophet took this night journey, the ceiling of the house in which he was staying was opened, and Jibril descended. He cut open the chest of Prophet Muhammad and washed the open area with Zamzam water. Then he emptied something from a container into the chest of the Prophet to increase his wisdom and strengthen his belief. This was done to prepare the Messenger of Allah for the wonderous creations of Allah that he had yet to see in the upper world.

The journey of the Isra’ begins

After the Prophet ﷺ, performed ^Isha’ Prayer, angel Jibril came to him with al-Buraq and they set forth on their (Isra’) Night Journey to Jerusalem. The buraq is a very fast animal; the length of the buraq’s stride is the farthest distance its eye can see. During the Journey, the Prophet passed by Al-Madinah which was then known as Yathrib, and prayed two rak^as.

Then al-Buraq continued until they reached Bayt al-Maqdis (the Holy House). There, Allah the Exalted assembled all the prophets for him from Adam to ^Isa (Jesus). Prophet Muhammad led them in prayer in Bayt al-Maqdis. This is an indication that the Prophet is higher in status than the rest of the prophets and messengers.

The wonders he saw during the Isra’

The journey of al-Mi^raj unfolds miraculously

After the Prophet ﷺ took the Night Journey from Masjid al-Haram to Masjid al-Aqsa, he ascended to the upper heavens on stairs called the Mirqat, where he saw some of the prophets.

Al-Baytul-Ma^mur is to the inhabitants of the skies (the angels) like the Ka^bah is to us on earth. Every day 70,000 angels go there and then exit, never to return. Each of these prophets received Prophet Muhammad with a warm welcome and made supplication (du^a’) for him.

Other wonders he saw during al-Mi^raj

It is important to know that Allah the Exalted Who created the heavens, Earth and all other places does not need them or reside in them, He existed without a place before creating them. Hence, it is prohibited to believe that Allah exists in a place or sitting on the ^Arsh (Throne), or that He is close to or far from us by distance. It is also important to believe that the Prophet did not ascend to a place where Allah resides. Allah is clear of that.

During al-Mi^raj, the Prophet saw his Lord with his heart

This means: [Verily, he saw him a second time at Sidratul-Muntaha[1] at which is the abode of Paradise].

If someone were to allege that His Saying [Verily, he saw Him a second time] is possibly a dream; we say that this allegation dismisses the apparent meaning of the verse (made ta’wil) and doing so is not permissible without any definitive mental evidence or confirmed relayed evidence, as Ar-Raziyy said in his book Al-Mahsul[2].

Muslim narrated from the route of Anas Ibn Malik (may Allah accept his deeds) that the Messenger of Allah ﷺ said:

This means: “Al-Buraq was brought to me, and it is an animal that is white and long, larger than a donkey and smaller than a mule. It rests its hoof at the reach of his eyesight. I rode it until I came to Baytul-Maqdis (in Jerusalem), then tied it to the ring used by the prophets. Then I entered the masjid and prayed two rak^ahs in it. When I came out, Jibril came to me and handed me a cask of wine and a cask of milk. I chose the milk, and Jibril said, ‘You have chosen the fitrah (i.e., adherence to the Religion of Islam).’ Then he elevated me into the sky…”

This hadith holds evidence that Al-Isra’ and Al-Mi^raj took place during one night with his [the Prophet’s] body and soul and while being awake. No one [among the scholars] said that he reached Baytul-Maqdis then slept (and presumably dreamt).

On the matter of the Prophet seeing his Lord on the night of Al-Mi^raj; At-Tabaraniyy narrated in Al-Mu^jamul-Awsat with a strong chain of narration, as attested by Hafidh Ibn Hajar, from the route of Ibn ^Abbas, may Allah accept his and his father’s deeds that: “Muhammad saw his Lord twice.”

Also, Ibn Khuzaymah narrated with a strong chain of narration that: “Muhammad ﷺ saw his Lord”. These quotes mean, ‘he [the Prophet] saw Him [his Lord] with his heart’. This is supported by the hadith of Muslim relayed by Abul-^Aliyah from the route of Ibn ^Abbas which is in reference to the Saying of Allah, the Exalted:

This means: “The heart [of the Prophet] did not lie about what it saw. How dare you argue with him over what he saw. Indeed he saw Him a second time.” He [Ibn ^Abbas] said, “He indeed saw his Lord with his heart twice.”

Note: Al-Ghazaliyy said in Ihya’ ^Ulum ad-Din, “The reliable saying of the scholars is that the Prophet did not see his Lord on the night of the Ascension [Mi^raj].”

[1] Sidrat Al-Muntahā (In Arabic: سِـدْرَة الْـمُـنْـتَـهَى‎) is a large sidr (lote-tree) whose trunk is in the sixth sky and it extends to the seventh sky.

[2] Other scholars of Al-Usul stated that as well.